Charles David Osborne's piece 'Kedusha - Sanctification' was recently released by the Canadian Music Centre (CMC). The piece was commissioned by Cantor Beny Maissner of Toronto's Holy Blossom Temple at the request of Sara Beth Charney, through the Esther Gelber Fund at the CMC. 'Kedusha - Sanctification' is scored for cantor, mixed choir, piano, flute, clarinet, French horn and cello. Founded in 1959, The Canadian Music Centre supports, preserves and promotes the works of Canadian composers.

Monday evening, January 16, 2017 marked the first concert appearance of Toronto's MIR Trio at Temple Sinai in Toronto. Made up of Toronto Symphony Orchestra artists, violinist Mark Skazinetsky, cellist Igor Gefter and pianist Rachael Kerr, the MIR Trio (the name meaning 'Peace' in Russian and also being a play on the first initials of the artist's names--Mark, Igor, Rachael) performs works by Jewish composers, of Jewish content and Jewish interest, as a means of building bridges between peoples and cultures. Commisioned by the MIR Trio, Osborne's piece Èlegy received its World Premiere, in addition to performances of pieces by Yefim Adler, Paul Schoenfield and Max Bruch.

'LIKE SMOKE ABOVE THE WIND' SCHEDULED FOR TORONTO PREMIERE

Commissioned by the Cantors Assembly, the oratorio 'Like Smoke Above the Wind' with music by Charles David Osborne and libretto by Aryeh Finklestein, is scheduled to have it's Toronto premiere on Sunday, April 30, 2017. The oratorio, which tells the story of the Jewish people from the Warsaw Ghetto to the founding of the State of Israel, will be presented at Toronto's Temple Sinai as this year's Cantor Severin Weingort Lecture Series. It is scored for soprano soloist, narrator, mixed chorus, children's chorus, piano, violin, viola and cello. The piece received its premiere in 2005 in Stamford, CT, and received subsequent performances in New York, NY and Lexington, KY. The upcoming performance will feature soprano Cantor Katie Oringel, narrator Avery Saltzman (co-artistic director of Toronto's Harold Greene Jewish Theatre), The Temple Sinai Ensemble Choir, the choirs of Knox United Church and Rosedale United Church, the MIR Trio, and will be conducted by the composer. 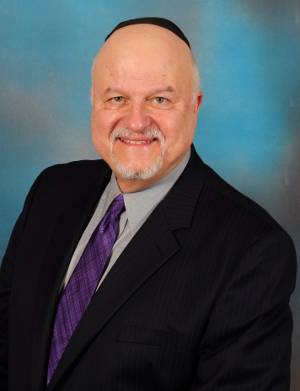 In 1997, composer Charles Osborne asked his friend and colleague, Aryeh Finklestein, to write a libretto for his new oratorio, Souls on Fire, a work based on the book by Nobel Prize Laureate, Elie Weisel. The oratorio premiered in Boston in 1998 to critical acclaim, and was soon recorded by the Bulgarian National Symphony and Chorus, with narration by Leonard Nimoy. Since that time, Mr. Osborne's numerous vocal, instrumental and orchestral pieces have brought him national attention. In July, 2001, his composition, Proclaim Liberty, was premiered at the Kennedy Center in Washington, D.C. in celebration of Independence Day. Souls on Fire, performed in Detroit and Philadelphia in 2003, will be performed in Boston and New York in 2004, and Los Angeles in 2005, all narrated by Leonard Nimoy. Newly commissioned works, including his latest collaboration with Mr. Finklestein, This Flower, are scheduled to premiere in Boston and at Lincoln Center, New York in Spring, 2004.

Among Mr. Osborne's works scheduled for production and recording in 2004-2005 are his Concerti for Guitar and Orchestra, Flute and Orchestra, and Viola and Chamber Orchestra, as well as his cantata, Golden Liberty, and his oratorio, Kings and Fishermen.

The long and distinguished musical career of Charles David Osborne began at the age of five, when he commenced his piano studies, and by the time he was 12, he had already enjoyed his first singing engagement as a boy alto. After receiving a Voice Performance degree from the Hartt College of Music in 1972, Mr. Osborne, a tenor, enjoyed an international singing career, appearing in Europe and Israel, and at major concert venues in the U.S., including Avery Fisher and Carnegie Halls in New York, and Symphony Hall, Boston.

In 1983 Mr. Osborne entered the Jewish Theological Seminary in New York. There, through his study with two leading 20th century composers, Miriam Gideon and Hugo Weisgall, he discovered his passion for composition, graduating with honors in both Musical Composition and Conducting. Upon graduating in 1987, Mr. Osborne accepted the position of cantor at Temple Emanuel, Newton Centre, Massachusetts, the largest Conservative congregation in New England. He has since established himself as one of the most prominent cantors in North America.

Through his dedicated devotion to composition, Charles Osborne has won a reputation as a gifted creator of compelling, lyrical music. With progressive recognition for his work, he receives numerous offers for commissions, both liturgical and non-liturgical. His catalogue, which initially included many sacred choral works, has grown to encompass a broad range of Classical, secular pieces which have received widespread praise. His Symphony in A Flat, the sister composition to Souls on Fire, continues to receive favorable reviews in the international Classical community.

For a list of available compositions please see the catalog page.